Visiting Auschwitz Again It Is Even More Horrible 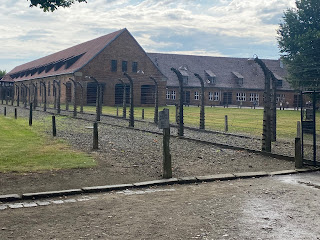 Auschwitz I
The second death camp I visited on this trip was the Auschwitz concentration camp. I was here in 2017. It was the first death camp I had ever visited. In fact, before that Auschwitz visit, I had never been to a Holocaust museum. 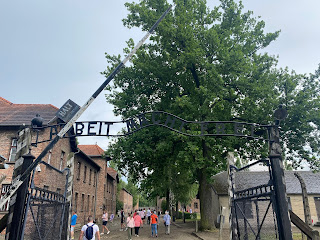 The Nazi lie at the gate of every death camp
On this second visit I was more aware of the terrible scale of the slaughter and of the
camp itself. Auschwitz began as a Polish army camp taken over by the Nazis shortly after their victory in 1939. The camp is on the edge of the small city of Oswiecim. 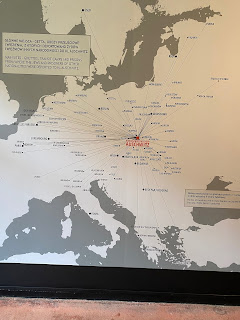 The little Polish town of Oswiecim became the center of death as Auschwitz-Birkenau
To Nazis expanded the camp by using slave labor to add second stories to existing barracks and added other buildings. The brick construction in Auschwitz is still solid today, unlike in many camps where wooden and hastily built brick buildings have long since fallen or crumbled. As Auschwitz became the center of Nazi genocide, the huge Birkenau camp was built two kilometers away. Acres of barracks and workshops cover a large field just outside the town of Oswiecim. 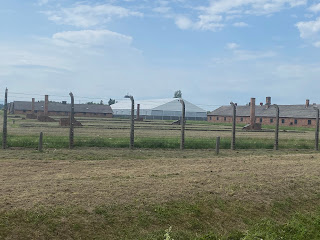 The vast facility at Birkenau was where most Jews were murdered
In between acres of barracks is the rail siding where Jews were unloaded from box cars and separated to either work as slaves or be immediately killed by gas. Cliff and I walked for hours between and in the two camps trying to take in the full scale of place where more than million Jews were murdered. 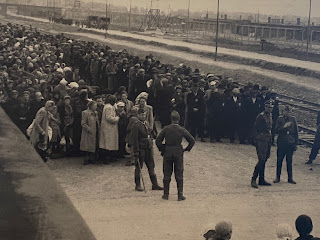 Life or immediate death at the whim of a malignant Nazi
at July 22, 2021

Hunting Magic Eels and the Search for Spiritual Reality

Hunting Magic Eels: Recovering Enchanted Faith in a Skeptical Age by Richard Beck  In one of my book groups, the one where we read and discu... 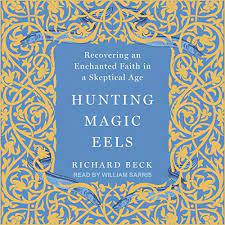