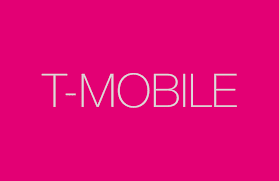 Today I got my seventh welcome to a country message from T-Mobile in the past two weeks.  Each one is the same except for the name of the country I am arriving in.  Today's message said:

Welcome to Turkey! Your T-Mobile plan......(benefits)

That is, except for the fifth message. That one said: Welcome abroad! No country listed.  The reason is that I was on a bus from Jerusalem to the largest city in the area controlled by the Palestinian Authority: Ramallah.  Although I passed through a massive security checkpoint going to and from Ramallah, I did not pass an actual international border.  So T-Mobile diplomatically said, Welcome abroad!

One reason to travel is to see and feel and experience the details of life in a given place.  The bus ride from Old City Jerusalem to Ramallah is less than ten miles, but it was one hour to get there, two hours to get back.  At the security area on the way back, we left the first bus and boarded another. It was the same bus route number, but a different bus.

Businesses, big and small adapt to the reality they find.  T-Mobile has, I assume, messages for the 193 nations recognized by the United Nations.  The territory controlled by the Palestinian Authority has observer status at the UN as does the Holy See in Rome.

Welcome abroad!
at February 25, 2020 No comments: Links to this post

First Time in the Republic of Georgia--Riding is Amazing! 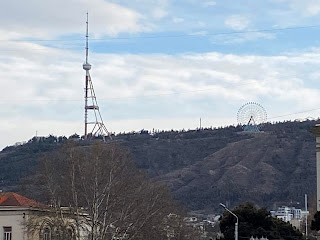 Looking up from the center of Tbilisi, Georgia, is a ferris wheel and tower
on top of a ridge.  It's a six-mile climb with switchbacks and some steep sections.

After leaving Israel, I planned to see the Republic of Georgia for the first time.  I was just going to visit. I had no definite plans to ride. I was thinking about also going to Armenia and Azerbijan, the other two countries in this land bridge between Russia to the north, Turkey and Iran to the south, the Black Sea to the west and the Caspian Sea to the east.

Then I looked up the mountain from the center of town. A cable car takes tourists up to a park with a ferris wheel overlooking the city. And there is a six-mile road that loops up around the mountain.  I had to ride that.

It's a beautiful climb. Incredible vistas.  Not too much traffic and 180-degree switchbacks on the steeper sections of the climb.  I arrived on Friday, found a bike Saturday morning and rode up twice.  The first time I messed up Strava, the second, I got the whole trip.

Today, Sunday, I rode up the hill toward the park then followed a fork that led to villages on the next ridge above the park.  I passed though two villages, Shindisi and Tabakhmala. At one point I was looking down on the tall tower next to the Ferris wheel.

The bike I rented was a 9-speed cross bike with a single chain ring and fat tires.  With the switchbacks and the fat tires, my descent speeds never got above 35mph, but it was fun to descend for nine miles after the long climb up.  Tomorrow I will ride up to the park again. I fly to Kiev the next day.

One other fun thing about Georgia was the Strava segments.  On today's climb I was on 20 segments up and down, yesterday it was a dozen.  The number of people recording times on segments was in the hundreds. I was in the top third of times descending, the bottom third climbing, but on every segment, I was the top 65-69 rider.  Several times the only rider in my age group.  I did not see any other bicyclists, but there must not be many old guys. 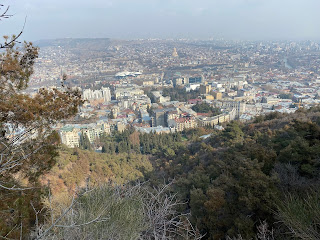 The view looking down from the ridge above Tbilisi 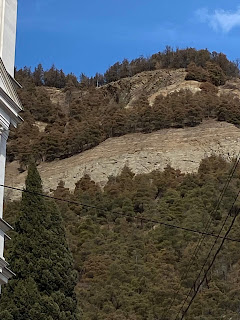 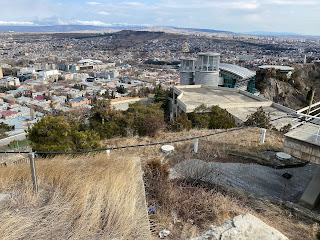 Back to the Latrun Armored Corps Museum

This is my third trip to Israel and my second trip to the Armored Corps Museum and Monument at Latrun.  The museum at Latrun has dozens of tanks from all of the wars in Israel, including many captured Soviet-built tanks used by Arab armies.  Several of the tanks on display are variants of the Patton tank that I served on in West Germany during the Cold War.

On my last visit, I wrote a Patton tank that is sliced in half lengthwise showing the guns, ammo racks, engine, fuel tank and all of the other equipment inside the tank: https://armynow.blogspot.com/2019/11/at-armored-corps-museum-latrun-israel.html

And I have pictures of other tanks on display at Latrun: https://armynow.blogspot.com/2019/11/armor-from-entire-cold-war-and-beyond.html

Below are a few pictures of Patton tanks. Like me, the oldest of them are of early 50s vintage. 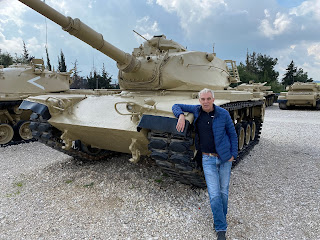 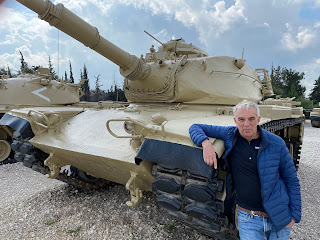 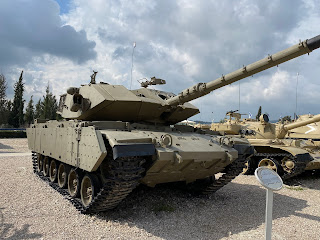 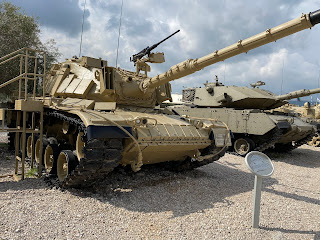 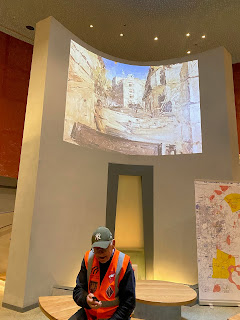 Micheal Lanier telling us about the battle for Ammunition Hill

My friend Cliff and I visited the Ammunition Hill Museum and Memorial in Jerusalem. It preserves the site of one of the battles in the 1967 Six-Day War that led to the capture of Old City of Jerusalem where Cliff and I are staying for the week.

We toured the museum which follows the battle hour by hour in film and pictures.  Both of us have previously walked the grounds of the site and climbed in and out of the trenches.  At the end of the museum visit we were going to watch a documentary of the battle, but one of the staff members said we can hear from a veteran of the fight for Ammunition Hill.  We went for the veteran.

Michael Lanir (מיכאל לניר) was a 26-year-old lieutenant leading an infantry platoon when the battalion got orders to attack the Jordanian stronghold at Ammunition Hill. It was held by a detachment of the elite Arab Legion.

Lanir was born in Jerusalem in 1942. He was six years old when Old City Jersalem was besieged by the Jordanian Army and shelled. He told us of water and food shortages and that many civilians were killed and wounded in the siege.

Returning to the battle in 1967, Lanir was a reserve paratrooper called to active duty three weeks before the war began. He and his troops trained to fight in the Sinai, but that battle was won so fast that his unit was redirected to capture Old City Jerusalem.  Lanir led his men into the trenches. He made a point of telling us Israeli officers lead from the front. 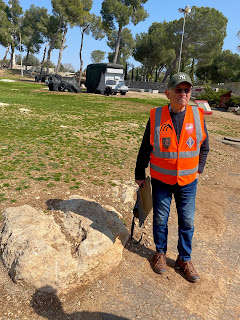 Shortly after the battle began, Lanir was shot in the neck.  He showed us the rock he was taking cover behind when he was shot.  His men thought he was dead. They covered him with a blanket and continued the fight.  An alert medic saw movement in Lanir's fingers and sent him to the hospital.  He recovered and today is a 78-year-old member of a group of veterans who talk to visitors to Ammunition Hill about their part of the battle. 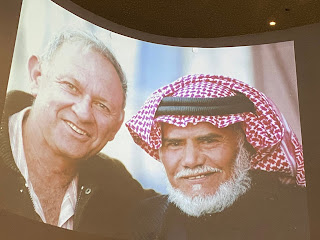 He told us about a reunion of veterans on both sides that happened in the 1990s. He met the Jordanian commander of the unit they were fighting. They discussed the battle in detail and the Jordanian leader was sure it was one of his men who shot Lanir.  They left the event friends, both men who were doing their duty in the battle and both were happy they survived. 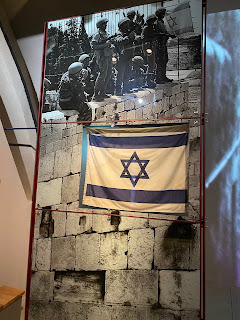 Met First Cyclist on the Way to the Airport 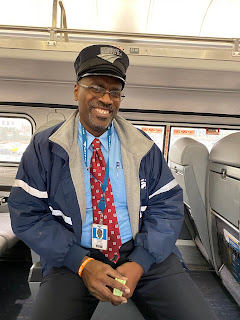 On the train from Philadelphia to New York one of the conductors looked at my computer and asked "Are you going to do an Ironman?"

He saw the brag stickers on my MacBook. 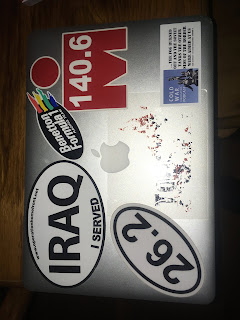 I told him I did an Ironman more than five years ago and a knee replacement last year meant I will never do another one.

He told me he was becoming an avid cyclist. He did his first century (100-mile ride) last year and was cycling more and more. He told me how his first distance ride was on a mountain bike with cleated tires.  "That was 50 hard miles," he said. We talked for a while about tires and wheels and types of bikes and types of training.

Don rides the trail along the Schuylkill River and in Valley Forge Park.  We talked about riding in Philadelphia and the surrounding region.

Then Don told me he rides with MS. He is also living with cancer.  A group of his friends formed to walk and ride with Don. The group is called: Team Don Austin. 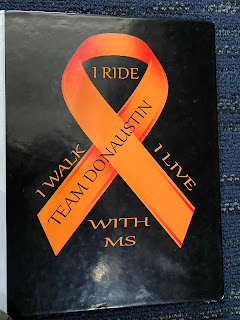 Don is hoping to ride the Covered Bridge Metric Century in Lancaster County in August so we may see each other again outside the train. 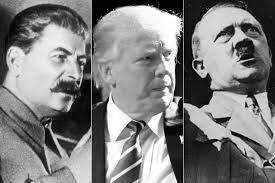 Every tyrant needs an enemy.  In the malignant moral world of tyranny there must be Us and Them.  The Them for a tyrant is never spoken of as human.  Hitler called Jews vermin; Stalin called many groups "enemies of the people" then slaughtered them; Hutu leaders called the Tutsi cockroaches, then Tutsi men, women and children were butchered in Churches with machetes.  The two most murderous leaders in the 20th century are being quoted in the 21st century by the U.S. President when he refers to his enemies as human scum.

So far, in every case but America, calling the opposition vermin, cockroaches, enemies of the people and human scum has led to murder.  America may take longer to go from words to murder than Germany or the Soviet Union, but Trump's words will eventually cause death.

This week I am leaving on a five-week trip that will include visits to some of the places where 20th century genocide was at its worst: Dachau and Flossenberg, Germany; Kiev, Ukraine; and Rwanda. Since the summer of 2017, I have been to most of the countries in which The Holocaust occurred, as well as the Yugoslav genocide. I want to see how countries recover from mass murder.

For me, The Holocaust is just as much about the 400 million Christians between the Pyrenees and the Urals who participated in or turned a blind eye to the slaughter of six million Jews.  I am convinced that a Church with temporal power will eventually kill or condone killing.

Trump's Church of white Evangelical power seekers and idol worshippers will bless every outrage he commits. And when Trump's words lead to death, the false prophets like Graham and Falwell will say dead Americans are God's will.