Fun Home by Alison Bechdel: The Book and the Musical 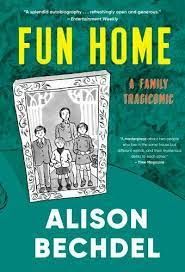 Two weeks ago I saw the musical "Fun Home" an adaptation of a memoir of the same name by Alison Bechdel.  A week later, I started reading the graphic memoir which the musical is based on.  I finished it this morning.

This sad, compelling story presents the pain and mystery of the suicide, or maybe not, of Bruce Allen Bechdel, Alison's father.  Bruce was gay. Alison finds out her father was gay only when she discovers she is a lesbian while at college.  Bruce's suicide or accidental death happens soon after Alison comes out to her family.

Though presented in a musical and graphic format, the memoir is serious and deeply revealing.  I felt the love Alison had for her father, the tension between her parents, the confusion Alison felt throughout her childhood about herself and her family, and the isolation each member of the family lived in.

In the graphic book, Alison uses maps to show the small area in which her father lived his life: a circle of a few miles covers his birth, life, work and death.  Alison notices on recordings of her father's voice she heard after his death that he had a local accent.  And yet, he aspired to the world: loving beautiful things and teaching great literature.

Alison is 20 when her father dies.  She goes on to become as notably out as her father was closeted.  She created the comic strip "Dykes to Watch Out For" which is where she introduced the Bechdel Test: a measure of the representation of women in fiction. It asks whether a work features at least two women who talk to each other about something other than a man. The requirement that the two women must be named is sometimes added.

I have read many memoirs. They are among my most and least favorite books.  Truth, unvarnished truth, must be at the center of memoir, because we readers will sense when we are being served the public relations story rather than reality. This memoir is among my favorites. The struggle of Alison finding who she is had me from the first act and the first page.

Alison Joseph At the beginning my recent trip to Europe I had lunch with the mystery writer Alison Joseph and her husband Tim Boon, head of ... 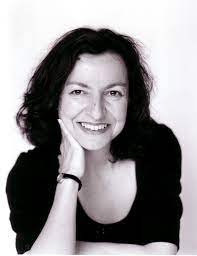